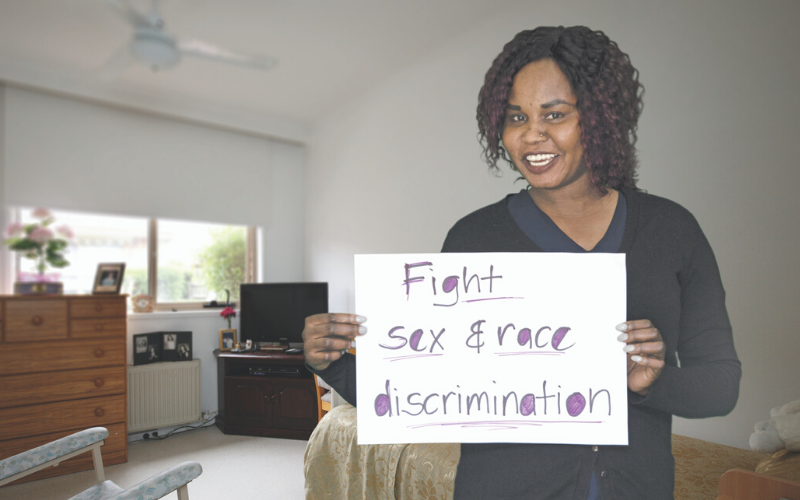 Earlier this year, CEDA reported that skilled migrants on temporary working visas have been an “overwhelming net positive” for the economy, with no negative impact on the income or employment rate of workers born in Australia.

Yet for migrants themselves, work opportunities come with costs.

Violence and discrimination are prevalent in Australia in many forms and places, including where we work. The Australian Human Rights Commission recently found that 21% of complaints under the Racial Discrimination Act were received in relation to employment. Migrant women regularly experience but under-report discrimination in the workplace on the basis of their race, ethnicity or faith.

Countless factors make migrant women amongst most vulnerable to workplace discrimination. Visa conditions, unrecognised overseas qualifications and having English as an additional language all restrict where and for how long women can work in Australia. In addition, industry regulations allow employers to intimidate and exploit migrant workers on the basis of their visa. Equally, casual hours and insecure contracts limit people’s knowledge of and access to working rights and entitlements.

Workplace culture also plays a role. Even casual workplace conversations or behaviours that denigrate or stereotype people's gender, ethnicity or faith, may not be, in and of themselves, a form of violence. However, when a workplace excuses such behaviour, or perpetuates it through discriminatory systems, it creates the conditions for violence to occur.

At the same time, workplaces can play a key role in promoting equality and preventing violence against women. Workplaces that build gender equity into their systems, structures and processes certainly contribute to the solution. Even better when they take an intersectional approach to gender equity by acknowledging that violence prevention also means opposing other forms of discrimination in order to address Australia’s gendered leadership, pay and opportunity gaps.

A great example of this is the aged care sector. As an industry in which 37% of workers are born overseas, with 64% arriving on temporary visas, it is not enough to simply achieve gender balance. To achieve real workplace equality, which includes migrant and refugee women, we need to hear, account for and centre diverse experiences and address multiple forms of discrimination at the same time.

MCWH’s Equality@Work project worked in partnership with Mercy Health to address the intersecting forms of inequality and disadvantage experienced by migrant women working in aged care. Join us to launch the key resource at the Workplace Equality Forum on 10th December, closing the 16 Days of Activism.