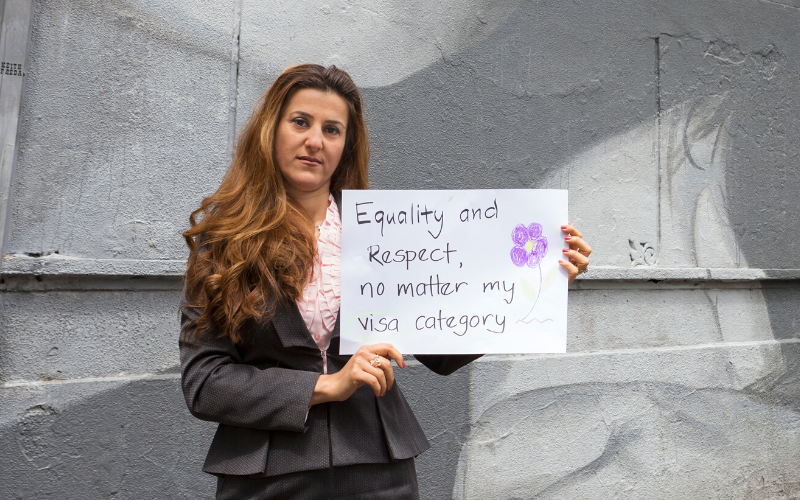 The Australian health system is often described as excellent and, compared globally, we have to agree. However, that doesn’t mean that there aren’t still inequities, and we’ve noticed that there is often a different system for different people, depending on who they are or where they live.

Migrant women’s poorer sexual and reproductive health outcomes provide a sobering reality check, highlighting where and how the inequities in our health systems bear out. Higher rates of stillbirth, higher rates of birth intervention, greater risk of gestational diabetes, lower access to effective contraception and antenatal care: all these statistics point to a deep problem that is systemic rather than due to some lack in the learning ability or biology of migrant women themselves.

It’s heartening to see, that the National Women’s Health Strategy 2020-30 recognises this, by identifying migrant and refugee women as one of the ten priority groups on which the Strategy will focus. Nevertheless, even at this early stage, important discussions about the implementation of the National Strategy such as at the Women’s Health Symposium held in Canberra last week are still not really focussed much around health equity and how it will be achieved, in particular for these ten priority groups.

It would be disappointing to see the Strategy lose its way so soon, and we are particularly keen to keep the issue of health equity on the agenda, including a focus on migrant and refugee women. After all, women born in mainly non-English speaking countries make up a sizeable 29 percent of the Australian population, without even counting Australian-born women with overseas-born parents who are also part of migrant and refugee communities.

So what do we want? We must address the exclusions in the current health system and ensure that migrant and refugee women’s health concerns are equitably represented. We must continue to build a strong community-based approach to complement a more responsive medical system, as a key element to improve migrant and refugee women’s unacceptably poorer health outcomes. Finally, the central principle we must understand and operationalise is that migrant women themselves are leaders in developing any meaningful solutions. In other words, migrant women’s health in migrant women’s hands.