Advancing the Evidence on Reproductive Choice

Advancing the Evidence on reproductive choice

It is 1961. You are 23 years old, fresh-faced and having finally arrived, relieved. You step off a passenger ship and Melbourne’s port greets you with a chilly June day. There is activity all around, voices and strange sounds, none of them familiar or decipherable. You feel excitement for the adventure that lies ahead for you. You are a newly arrived migrant woman in Australia.

When Giuseppa Murdolo, my mother, took these very steps off the ‘Roma’ 60 odd years ago, she was six months pregnant. While the journey to Australia had been planned, the pregnancy was not. Like many women, her reproductive choice – the question of whether, when and how to have children – was not always free or autonomous.

Reproduction happens in the midst of life: work, family, health, migration. It continues during unexpected events: family violence, homelessness, poverty, war, bushfire, pandemic. For migrant women, pressing issues such as contraception, menstruation, pregnancy choice, maternal health, breastfeeding and baby health must be negotiated in the context of racialised and gendered inequality. Reproductive choice is therefore relative and contextual. It depends on the social, political, economic realities of the day, and how communities and governments deal with these challenges. This is why the personal is political.

Within her first eight years of arrival, Giuseppa went on to have four healthy babies in Australia. But like so many migrant women, she did not receive the optimum antenatal care that she needed. Doctors and midwives tended to stereotype her and her culture. She was denied contraception by her religious GP. Her health outcomes were also not optimal. My mother had serious health complications during her last childbirth and sadly lost two pregnancies to late miscarriages, after which she received no additional care. Like so many migrant women, Giuseppa negotiated her reproductive life in less than ideal circumstances, and lives with lifelong consequences of poor reproductive health care within the Australian health system. 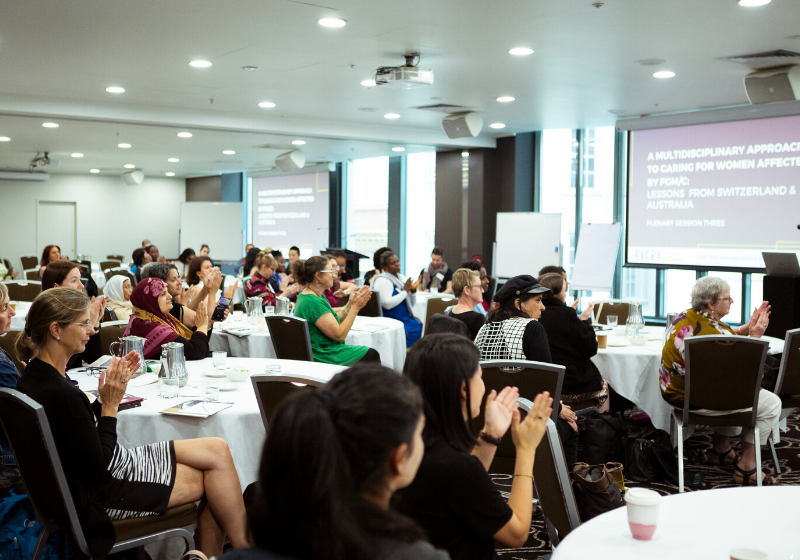 This is why conferences such as Advancing the Evidence are so in important in amplifying the voices of migrant women. Last week, over 150 health practitioners, researchers and changemakers from across Australia came together to discuss migrant women’s reproductive autonomy, women’s lived experiences in the health system, female genital cutting, access to health services, antenatal care and stillbirth. Delegates discussed the breadth of ways that migrant women experience inequity in the Australian health system; that health and immigration policies can restrict rather than facilitate access to sexual and reproductive healthcare; that system resources are not adequately allocated to bilingual programs for migrant women; and that there is inconsistent access to quality interpreting services. Each account contributed to an over-arching illustration of why the personal is inextricably linked to the political.

In addition to highlighting the gaps and concerns facing migrant women in relation to their health, the conference also developed solutions and strategies for affecting change. This change must first and foremost start with the understanding that the Australian health system was built on inequitable and oppressive colonial structures. Women’s health can only progress if we recognise the sovereignty of First Nations people and implement ongoing decolonising processes.

Dr Ruth de Souza suggested that instead of centralising western models into ‘universal’ frameworks, we should develop health system practices that come from First Nations people, and adapt them to suit people from other groups. Rebecca Jakobi spoke about the need to continue women’s connection to Djabwurrung birthing country, and recommended that we adopt models of care that are community controlled, led by Aboriginal health workers and bilingual migrant women health workers. Dr Shakira Hussein reminded us about the ongoing impact of eugenics, of racism, sexism and ableism in health system thinking, and noted the importance of a principle often used in disability advocacy, “Nothing about us without us.” Migrant women’s voices must also be heard to improve health systems and practices.

A strong consensus that came from panellists and delegates was that we need to change systems and policies to decolonise not only the health system but also immigration policies and allocations of material resources to ensure that migrant women have equal access to information and healthcare. Within health services we need cultural safety processes, bilingual health education, meaningful information in women’s languages. We need to account for the additional time needed in healthcare consultations to include interpreting. We must employ more female bilingual staff in front-line and senior roles. Cross cultural and gendered professional education for every healthcare worker should be mandatory and embedded within university courses. And importantly, gender equality must become a reality for all women, and discrimination based on race, disability, sexuality and gender identity must be eliminated from all areas of life. 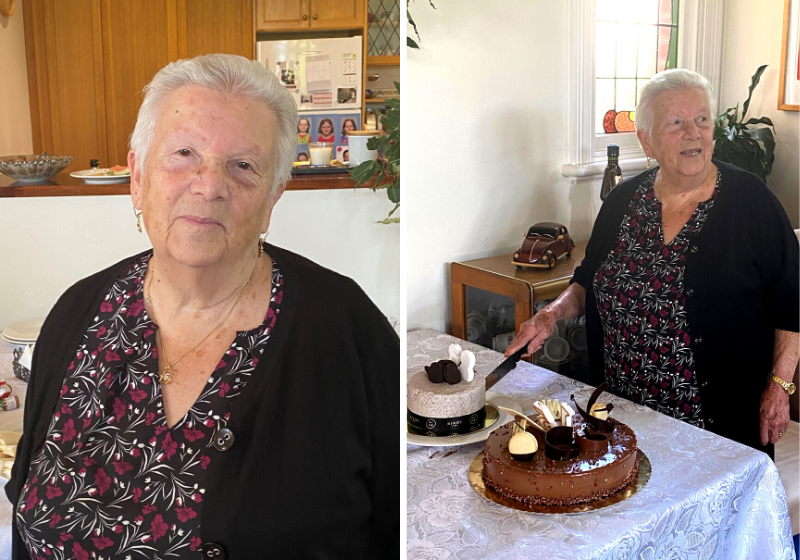 Giuseppa celebrated her 83rd birthday on International Women’s Day last Sunday. It was a joyful celebration where she enjoyed spending time with the generational results of her reproductive labour all those years ago. But I’m sure she would have also liked to celebrate the fact that health system experience had changed considerably for other migrant women in the 60 years since she first entered an Australian clinic. Sadly, the barriers remain, as do the poorer reproductive health outcomes for migrant women. This year’s IWD theme, Generation Equality, reminds us that now is the time for equity in sexual and reproductive health and rights for current and future generations of migrant women in Australia.

Advancing the Evidence closed with delegates cheering the statement that “we have to maintain the rage and stay engaged.” It was particularly wonderful to see so many women from migrant communities there – because migrant women must be at the forefront of the engagement and the change, taking health and wellbeing into their own hands. There is still much to be done to ensure that migrant women have the best opportunities for sexual and reproductive wellness in Australia. And now is the time to do it.