Budi Sudarto, is gay, Asian and proud. And at the 8th National LGBTI Health in Difference conference a few weeks ago we heard him, a peer education coordinator from the Victorian AIDS Council, make the interesting observation that “we live in a society that puts us into a box”. You’d expect that the ‘us’ here is referring to lesbian, gay, bisexual, transgender, intersex (LGBTI) folk, but actually ‘us’ can stand for any number of identities that are too frequently stereotyped, marginalised, or overlooked.

As if being unknowingly shoved into a box isn’t bad enough, it starts feeling really crowded when we have multiple ‘boxed’ identities (try ‘female’, ‘queer’, ‘Chinese-Malaysian’ and ‘Indian-English’ for example). Regardless of whether there are many little boxes or just one very cramped one, the point is that being labelled can be limiting. Budi’s words shed light on what it’s like to live at the intersection of LGBTI identity and a marginalised ethnic/cultural identity. His ‘us’ referred to his racial identity and the marginalisation of non-Anglo-Saxon races experienced not only within Australian society as a whole, but within a minority—the LGBTI community—as well.

There are multiple experiences and issues for LGBTI individuals from an immigrant and refugee background that are never fully addressed or understood within either the LGBTI or multicultural communities. Perhaps because LGBTI immigrants and refugees often tick a lot of the boxes, we don’t really fit into any—and that can be both liberating and isolating. One of the clearest examples of how cultural diversity and sexuality intersect is in “coming out”. While there is often pressure from the LGBTI community to ‘come out’ about your sexuality, it’s a very Western perspective on the process and suggests that your sexuality is the only thing that could define you as ‘different’. For LGBTI immigrants and refugees, who carry so many multiple identities, keeping close family connections and cultural identity can often be vitally important to our sense of self, and our experience of sharing our sexual identity is better expressed as a ‘coming home’ or as (gradually or selectively) ‘inviting people in.’ (Intrigued? Check out MCWH’sSexuality Report.)

In the wider community, including immigrant and refugee communities, being same-sex attracted, transgender, intersex or gender diverse can sometimes mean a lack of support, and it can be even more isolating for LGBTI people in communities who identifysexual diversity as something that’s specific to Western countries. So LGBTI immigrant and refugees gain a lot from being part of both the LGBTI (is it rolling off your tongue yet?) and ethnic communities which can be very close-knit and supportive. But sadly, if you’re from a non-Western background, racial discrimination doesn’t magically disappear in the LGBTI community itself—and it has the added frustration of exoticisation. Likewise, homophobia persists in the wider community, including in immigrant and refugee communities.

We’ve come a long way in recognising diverse gender and sexual identities but are some parts of the rainbow still left behind? As members of diverse minorities, it’s easy to start seeing ourselves in the boxes we’re put in and to stop looking outside them. But, to paraphrase the wonderful Flavia Tamara Dzodan, “Our feminism will be intersectional or it will be bullshit.” So if you find yourself ticking all the boxes, be proud: we can never be exclusively defined as migrants, as Muslims, as heterosexuals, as queer, as mothers, as educated, as middle class, as middle aged, as mentally ill, as overweight, as workers, as women. In the same way, discussions around sexuality and gender should include the diversity of race, religion and cultural beliefs within the community, not just “to be inclusive”, but because our sexuality is inextricably tied to all these things at the same time. 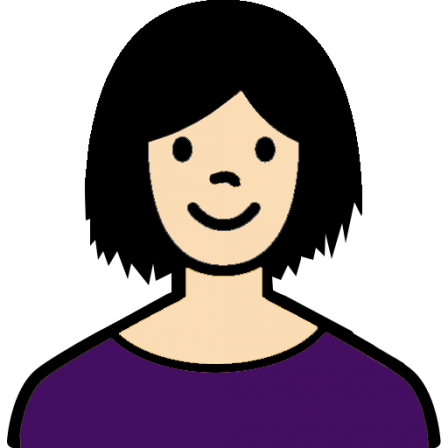