By now, we have all heard of the US ruling from the Supreme Court legalising same-sex marriage nationwide. This is a long-sought victory for the mainstream gay and lesbian rights movement in the US and it will be interesting to see what effect this has on the discussion of LGBTIQ rights in Australia. For LGBTIQ asylum seekers, refugees or newly arrived migrants in Australia, LGBTIQ rights cannot be separated from a larger discussion of migrant and refugee rights. Mental health and well-being is rarely talked about when it comes to LGBTIQ women from migrant and refugee backgrounds and much work is needed to improve understanding and support.

So what can the creative arts offer our mental health? Quite a lot it seems! Theatre and the creative arts have much value in discussions around mental health and identity. They can help us to articulate and embody the complexities and subtleties of ourselves and our relationships that sometimes can’t be communicated in just words. Performance is evocative, symbolic and can help us communicate in ways that transcend just writing it down or talking about it. It’s about thinking of creative ways to broach those difficult conversations that are often so hard to have with our families or in our communities.

And this is a topic that we need to talk about, especially when it comes to young same-sex attracted women from refugee and migrant backgrounds. According to Queerspace psychologist David Belasic “there’s a higher rate of mental health problems amongst the GLBTIQ community – double the general population”.  Adding to this, LGBTIQ people affiliated with particular cultural and religious groups may be at increased risk of physical and mental ill-health. Studies show that not only do they deal with heterosexist beliefs both within and outside of their own cultural or religious communities, they also often deal with racism and religious intolerance from within LGBTIQ communities. What’s clear is that we’re not very informed about the effect this has on refugee and migrant women’s experiences of being LGBTIQ and what it means to negotiate sexual feelings and gender identities within this context.

Using community-based arts projects is one way that we can start to connect young same-sex attracted women from refugee and migrant backgrounds, the process of creating being just as important as the final product. Getting people talking about mental health and wellbeing will be the important first steps in creating new spaces and communities that are able to support and connect women.

A new project at MCWH is using creative arts and performance to explore what it means to be a same-sex attracted woman from a refugee or culturally diverse migrant background in Australia. The Our Voices, Changing Cultures project is currently working with a diverse group of women to discuss themes such as the idea of culture being a grounding force, the idea of coming out, visibility in LGBTIQ scenes, language, and mental health and wellbeing. Using performance, the women will get creative in their attempt to explore these issues, producing something as a collective that can be shared with a wider audience.

We are still doing a call-out for women who would like to be involved in this project. For more information on the Our Voices, Changing Cultures Project you can contact Monique Hameed at Monique@mcwh.com.au or call 03 9418 0915.

Thanks so much the opportunity given me to participate this valuable leadership program. I've gained my skills, knowledge, confidence & experience. PACE leadership program supported me to achieve  goals in my career life later. 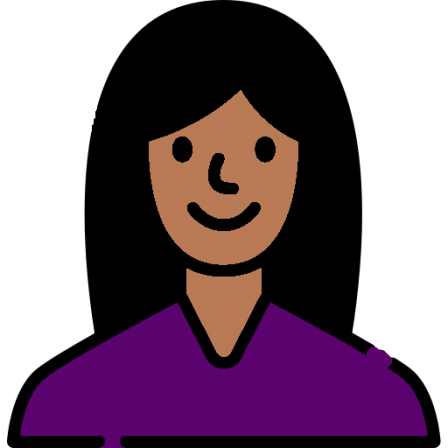