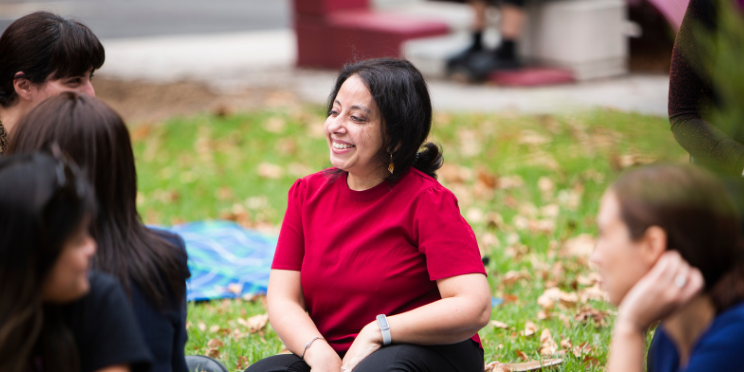 Recently, the Victorian government announced that it would invest a record $3.8 billion dollars to help reform Victoria’s ‘broken’ mental health system. This was good news for many who have long been advocating for more support.

Among its many findings, the Royal Commission into Victoria’s Mental Health System revealed what MCWH has known for a long time: that the system is incredibly difficult to navigate. As we have argued, the intersecting factors that impact on migrant and refugee women’s mental wellbeing, as well as the multiple barriers to accessing support services, can make the mental health system even more difficult for migrant and refugee women to navigate.

This year’s Victorian budget includes a $264 million investment in creating and expanding a community-based service system to ensure people can access support close to their home, family, carers and local community. This is a great initiative, and one which, if it is to include migrant women, must be community-led, evidence-based and culturally appropriate, taking into account the range of gendered barriers that are placed in the way of equitable access to mental health services. The government’s investment into community-based service delivery needs to include development and expansion of a dedicated and skilled, bilingual mental health workforce, so that migrant and refugee women can navigate the mental health system and access support in a timely manner.

The budget also acknowledges the need for a community-based response and, crucially, the importance of engaging Victoria’s diverse communities throughout all stages of reform. In order for the change to be inclusive and intersectional, it’s imperative that the collaboration involves migrant women at the earliest point possible.

The mental health sector was listed among the ‘big winners‘ of the budget announcement. However, we should not forget the economic cost of mental illness in Australia. The final report of The Productivity Commission into Mental Health, released in November last year, estimated the direct economic costs of poor mental health and illness to be between $43 billion and $70 billion, with an additional $151 billion due to the cost of disability and premature death. It goes without saying that the budget’s allocation of $3.8 billion is not enough to ensure the kind of reform recommended by the Royal Commission. However, it’s a great start, and if initiatives are tailored and specifically allocated toward migrant women, will go a long way toward making the system work for those who need it most.

We are looking for a Health Promotion Officer for a part-time six month role. Applications close Friday 4 February COB.
END_OF_DOCUMENT_TOKEN_TO_BE_REPLACED