There are many things that separate Anna Moo and Hana Assafiri. They hail from different places around the world, and they come from different generations in life. And yet their lives have converged in the most special of ways, something that those of us in attendance at the 2017 Victorian Honour Roll of Women induction ceremony were happy witnesses to.

Both Anna and Hana had their lifetimes’ work honoured this year, through their induction into the Victorian Women’s Honour Roll. As if that in itself is not special enough, there are also some astounding synergies: Anna Moo was recognised for her integral role in establishing two migrant women’s domestic violence services in the 1970s and 1980s, one of which Hana Assafiri, 10 years later, was to lead. In addition, today Anna is a valued board member of the Multicultural Centre for Women’s Health, a role that Hana held 20 years earlier.

It is fitting that their achievements and their ongoing work were recognised by the government this year and that their contribution to the history of women’s activism is acknowledged as part of the important wider contribution that feminists make.

We know that the feminist work of immigrant and refugee women is not easy. The combined burden of racism and sexism in their lives means that becoming involved in public life and feminist advocacy is not always smooth sailing. There are many hurdles, ranging from the structural to the cultural, and there is discrimination, conscious and unconscious. As refugee and immigrant women, we are not always welcomed into all political arenas – sometimes because we are perceived to bang on too much about racism and sometimes because people think we bang on too much about sexism. Sometimes our allies assume they have it covered and don’t always keep us in the conversation, or include us only as ‘stakeholders’ when we really want to be equal partners. The issues we bring to the table don’t always fit with the agenda, but we don’t just want to be on the agenda but seated at that table, even if we present an opposing view.

So we know that any immigrant woman who started busting stereotypes in the 1970s like Anna Moo did, or who has advocated loudly and proudly about Muslim women’s rights since the 1990s like Hana Assafiri has, deserves a lot more than recognition. Superhero status might get us closer to what these amazing women deserve.

Here at MCWH we are very proud to be associated with these change-making women and to share in their celebrations. Their work makes a big difference to the lives of immigrant and refugee women and inspires the rest of us to keep at it, knowing that we are part of a larger legacy that has had many wonderful wins along the way.

When I watch press briefings or conferences, one of the concerns being mentioned is reaching out to CALD communities. I am very pleased with this session as it is an opportunity where information about COVID-19 is explained to us in our language. 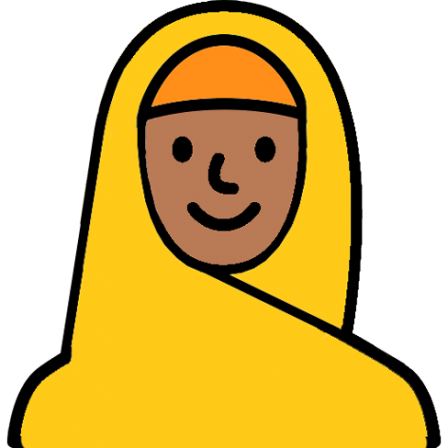