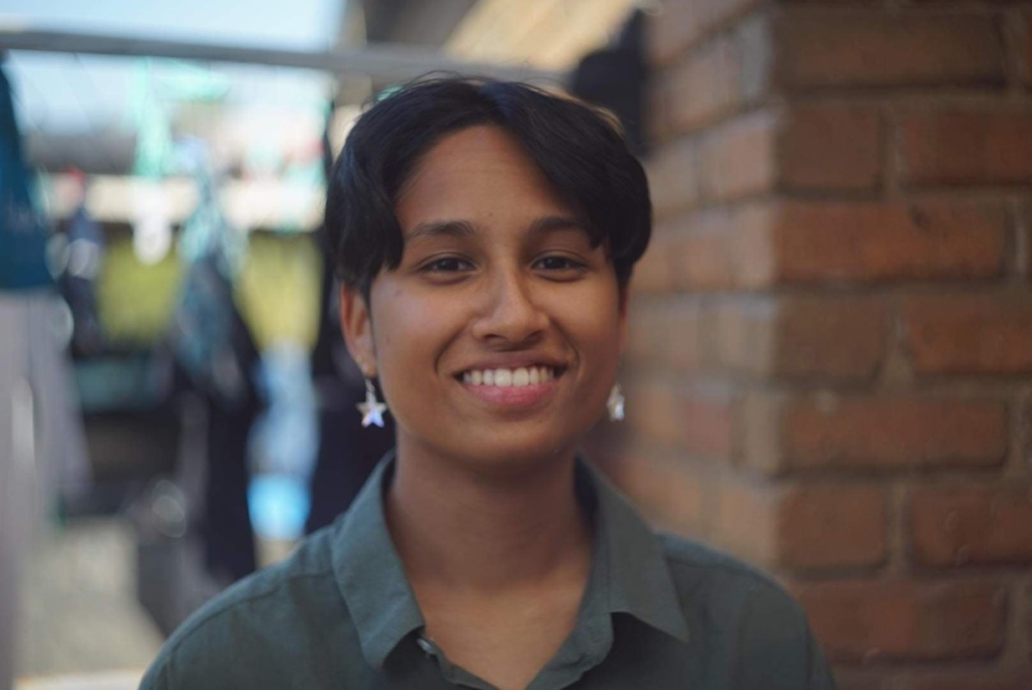 What talent would you most like to possess?
Like most people I wish I could speak another language – or had more of a knack for picking up languages. I think a lot of people like me who grew up in Australia but have immigrant parents can understand the shape and meaning of sentences in their mother tongue but have no idea what each word actually means! I wish I could speak Malayalam fluently so I could speak to my grandma and cousins back home with more ease.

For you, what’s the best thing about being a woman from an immigrant/refugee background?
I grew up very online (Gen Z/Millennial cusp) and have gotten to know so many people from around the world who had similar experiences of being from one place and growing up somewhere else. Especially other women. That’s the main thing that links us even though we are from all different places around the world. I learn a lot about the forces of imperialism, globalisation and migration just from these relationships with migrant women from around the world. The internet really makes it feel like borders are collapsing which can be misleading – living in Australia makes it very clear that this obviously isn’t the case.

What are you reading right now?
I’m reading Paul Takes the Form of a Mortal Girl - A really weird queer novel by Andrea Lawler about a gender shapeshifter. It’s such a romp and very fun – but enter at your own risk. It asks some great questions about what it means to be a woman or a man or beyond, and it engages really tenderly with queer communities and subcultures during the 90s in the US. I love it!

What do you most value in your friends?
I love that my friends are direct and to the point about how they feel!  I don’t like things festering under the surface and I think I’ve been very lucky to have friends who will let me know straight away if they feel like there’s problems between us. I think it’s really important when you’re in a smaller community, whether that be as a migrant, or as a queer person (or in my case both) to be able to keep strong social connections and solve or address problems as they come – it helps us do better at taking care of each other.

What are you enjoying doing at the moment?
I’m in the middle of moving house so I am having a lot of fun imagining how I can arrange my furniture around a big sunny window! My girlfriend’s mum just painted me two beautiful paintings so I’m very excited to hang them up and have been trying my best to find a nice second hand rug to match them.

If you could convince the world of one thing, what would it be?
Install a flying fox in Parliament Station. Haha – just kidding, that would be dangerous. In all seriously I would probably want everyone to end gendered data bias in medicine. I personally hate having a chronic health condition that is under-researched just because it appears most often in women. I hated finding out that my condition is so common, and yet there are not a great amount of treatment options. When drugs failed or I had awful side effects, it was even more of a disappointment to find out that what treatments actually do exist are still fairly experimental and poorly researched.